Since 1986, the Missouri Lottery has contributed more than $7.5 billion to the state of Missouri and public education. Annual Lottery contributions comprise about 3-4 percent of the state's funding for public education — an effort shared by local, state and federal governments. 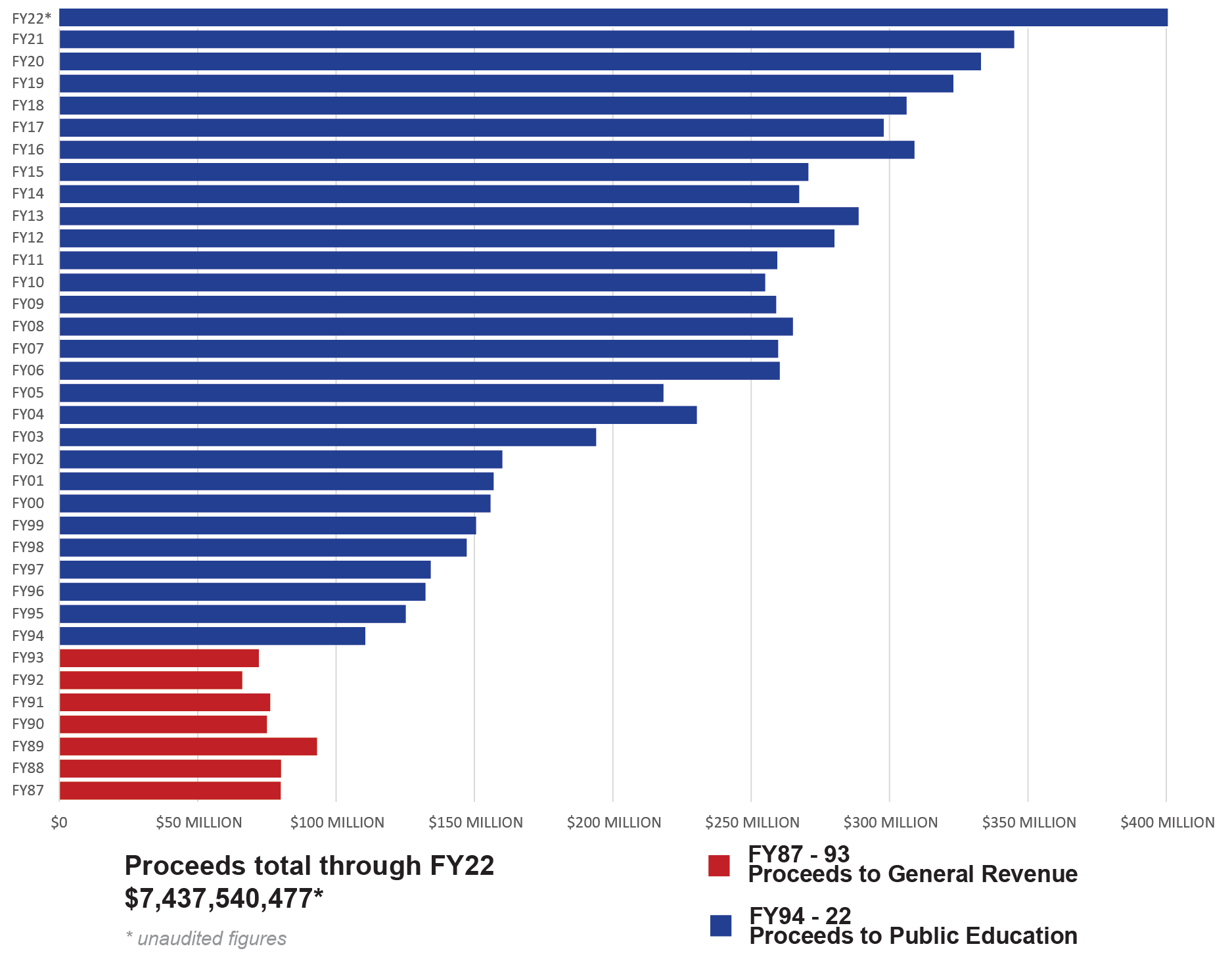 How Proceeds Are Allocated
When the Lottery began in 1986, proceeds from ticket sales went to the Missouri State General Revenue Fund. In August 1992, voters passed Amendment 11 earmarking Lottery proceeds to solely benefit public education. Each year, the Missouri Legislature determines how these proceeds will be allocated. The proceeds represent about 4 percent of the total funding for Missouri's public elementary, secondary and higher education systems.

Where the Money Went, Fiscal Year 2021
Click on the links below to see how your community benefited in FY21, including retailer commissions and bonuses:
• Education, Retailers and Players by County
• Detailed Education Expenditures by County

Past Lottery Proceeds Funding
The amounts shown for each fiscal year below reflect the amount of funding appropriated by the Legislature for various educational programs. Appropriation amounts may vary from the actual dollar amounts expended.